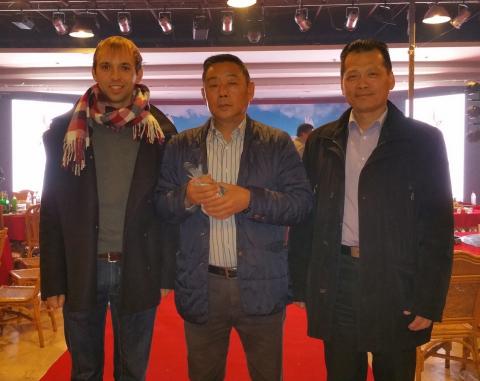 Pigeon racing is very ‘hot’ in China. The number of pigeon fanciers in this country keeps increasing year by year which is an opposite trend in comparison to many other countries. In China you can race pigeons in different ways but the most famous organisation is without any doubt the Pioneer Loft in Beijing.

This ‘VIP’ club is widely known because almost all the best racers of China are participating. The prize money that can be won in the Pioneer Club is unbelievable, there is no comparison possible to any other kind of pigeon racing in the world.  How does it work? Different lofts were constructed on the same location, an exclusive area in one of the suburbs of Beijing. Participants can rent one of these lofts for their youngsters. The positive aspect of this method that all the birds have to return to the same location – which means more honest races – while you can still take care of your own birds. The racing season in the Pioneer Loft is around October and November. The final races are the hardest ones. In a short time frame the birds have to fly four races with a distance of approximately 550km. The intensive racing program makes it very difficult for the birds. Only the strongest birds will prevail. After the final race the Ace-pigeons are determined. These ace-birds are highly regarded by the Chinese fanciers. They have proven to be constant while maintaining a high average speed, even if the weather circumstances are hard. Often is said: ‘If your pigeons can be amongst the best Ace-pigeons in the Pioneer Loft, then your strain must be good for sure.’

We are very proud that birds with Vercammen blood in their veins have already proven to be successful in the Pioneer. We will limit our self to the last two editions of the Pioneer Race and as well to the top 5 Ace-pigeons only.

In the edition of 2014 a bird of Mr. Zhu ended up as 5th Ace-pigeon in the Pioneer Club. According to our information this bird has won the most prize money a bird has ever won in history! Just to be clear: all this money is for Mr. Zhu and not for us.

If you sum this up, you will come to an amount that has never been equalled before!

In the edition of 2015 no less than two of the top three Ace-pigeons have got the Hok Jos Vercammen blood in their veins! 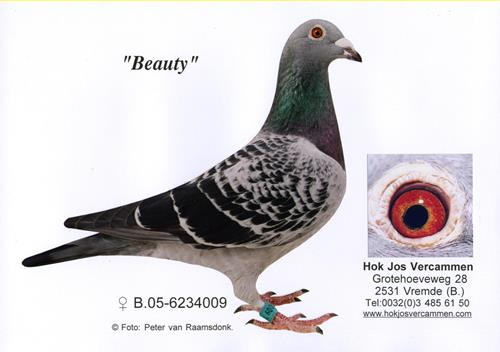 The racers of these two pigeons have not disclosed how much money they have won with these titles, but – believe us – it must be a lot!

Of course there is nothing better than have top racing results on your own loft, but seeing other people race well with your strain of birds is very satisfactory as well. We want to congratulate the racers of these three Pioneer Club Ace-pigeons and wish them all the best for the future!